Port of Rotterdam - The logistics heartbeat of the Netherlands 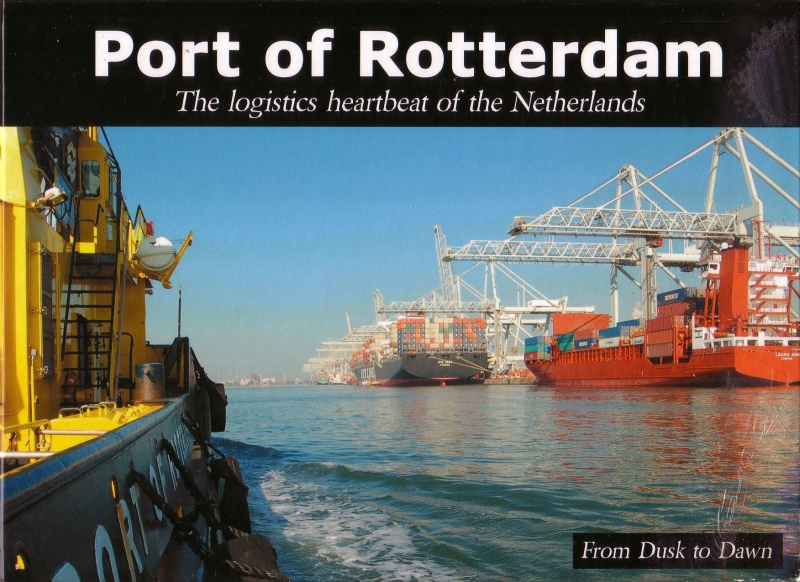 Subtitel: From Dusk to Dawn.

The Port of Rotterdam is unique by virtue of its location. Starting as a fishing village around 1400-1800 it now covers 11.000 hectares and has become a major factor in the international, national and regional economy. Since the first container in Rotterdam was discharged in 1966, the Port of Rotterdam has developed into one of the busiest in the world. In 2007 about 406 million tons of cargo passed through the port with some 100,000 ships movements of  sea-going vessels and 300,000 ships movements of inland navigation vessels taking place. The port area and the industrial estates connected to it span roughly 40 kilometres and runs from the city centre of Rotterdam to the North-Sea. It offers direct employment for more than 60,000 people in Rotterdam as well as for an additional 250,000 people within the Netherlands as a whole.

The Port of Rotterdam and the support it receives from people in and around the Rotterdam area, is sometimes called the heartbeat of Rotterdam. It is this heartbeat that I felt in my first weeks in Rotterdam where I started my career in the maritime industry with Nedlloyd Lines in 1985. This vibrant and stimulating working environment embraced me and I developed a passion for it that would never leave.

During my work for the development of the Euromax Terminal in Rotterdam I have met Danny Cornelissen, a dockworker with a hobby and passion for maritime photography. He provided me [and many others] with his outstanding pictures which have been used for many presentations and speeches around the world.

And now you have just opened a book that is the result of this passion. It’s a tribute to the Port of Rotterdam and all the people who make their living from it. I sincerely hope that all of you will enjoy this book and that it will unlock the passion of those readers who have never visited the Port of Rotterdam.