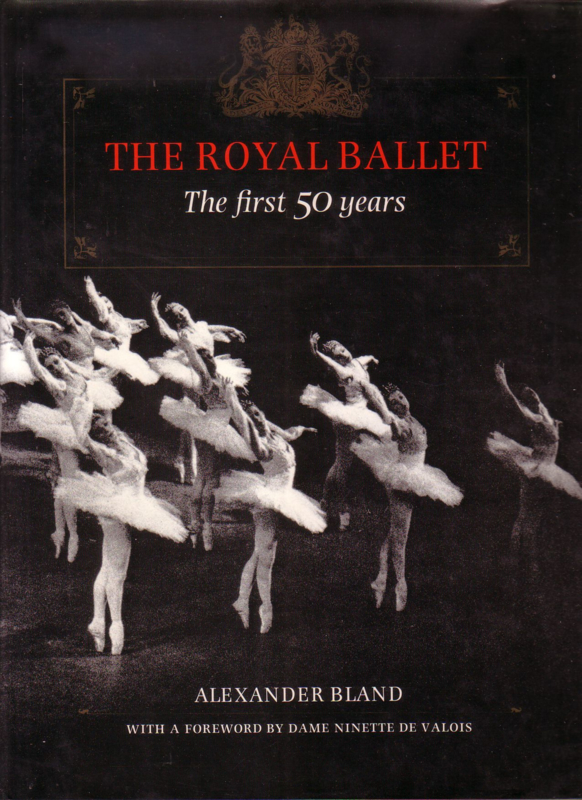 Fifty years ago a tiny band of dancers presented an evening of ballet in a working men’s theatre in South London. Today the group has grown into The Royal Ballet, an organization controlling two large dance companies with a world-wide influence and reputation. As part of the Golden Jubilee celebrations the Royal Opera House has commissioned this book, which establishes The Royal Ballet’s origins, traces its development and records its achievements.

It is a romantic story, starting in 1931 at the Old Vic, moving on to Sadler’s Wells, the two theatres from which the Company took its first name, and thence to the Royal Opera House, Covent Garden. It is also an inspiring story, at the centre of which is Ninette de Valois, the Company’s legendary founder - whose inspiration sprang from her connection with Diaghilev’s Ballets Russes - and her two young collaborators, Constant Lambert, her brilliant Music Director, and Frederick Ashton, the great choreographer whose succession of ballets were to be a prime influence in moulding an English style of dancing.

Among the artists who contributed to the early years were Alicia Markova, Anton Dolin and Robert Helpmann, while the long line of dancers who have sprung from the ranks of the Company includes Margot Fonteyn, whose career almost spanned the whole period, together with a list of other names which are sure of a place in ballet history, such as Turner, May, Somes, Brae, Field, Shearer, Grey, Nerina, Grant, Blair, Beriosova, Park, Wells , MarcLeary, Sibley, Seymour, Dowell and Wall.

The author has been given a free hand to trace the story of the Company under its four Directors, highlighting dramatic moments, such as its near-capture by the Nazis while touring in Holland in 1940, its triumphant New York début in 1949 and the sudden addition to its ranks in 1962 of the young Kirov defector, Nureyev: to recall its successes and disappointments; to introduce its dancers and to discuss the special character of the Company, its style and its school. Richly illustrated with black and white photographs and colour plates, the book includes a unique reference section listing in fascinating detail the Company’s productions, its dancers and its itineraries at home and overseas. The Royal Ballet: The first 50 years presents a comprehensive and often nostalgic account of one of the greatest adventures in international ballet history.